Bpsjk is one of the oldest karate clubs in London and Hertfordshire, We specialise in children from the age of just 3 years and all the way up to adults.

Adults are welcome to join us and you don't need to be fit to start !

Karate is a way of life

Come and join our professional school of karate

Click on the link for Information about the Founder

Children in Karate with Bpsjkarate

You're children are in great hands with Bpsjk as our Instructors are all DBS checked, Insured and have experience with children of ages and difficulties

You are in safe hands at Bpsjk

Gain skills in Karate and defend yourself

Do you feel vulnerable ?. If so come and join us or have private lessons

Grow with our business

Come on a great journey with our long term teachers & students

Black Panther School Of Japanese Karate are Affiliated to W.A.K.O

Instructors that are friendly but install discipline to take you to the top !

Leave a message at any time and we will come back to discuss things further. Blackpantherkids@aol.com or 01945 450 950

Karate for every one

Some of our great team 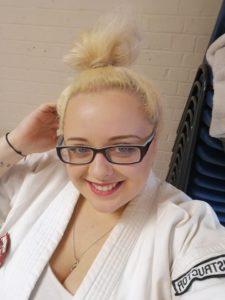 Sensei Debbie 2nd Dan is Shihan's daughter & has been training for many years in karate and helps run Bpsjkarate. 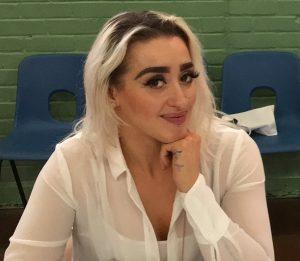 Sensei Melissa 1sy Dan is Shihan's daughter & has been training for several years in karate and helps run Bpsjkarate. 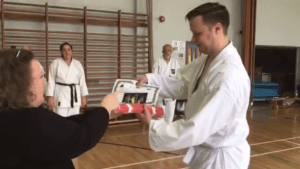 Sensei Zina 2nd Dan has been training for many years in karate and helps teach at Bpsjkarate.

SJK Shotokan Karate was established in Enfield in 1978 by martial arts husband and wife team, David and Lilian Alleyn (Unfortunately Lilian passed away in 2013) David is not able to train any more due to Ill health but his heart will always be in karate. They both taught the martial art of Shotokan karate and self defence all over England and the UK for well over 30 years and were both professional Martial Arts teachers. Many martial arts clubs in UK and abroad are run by their old students.
David, Lilian their son Brian and daughter Christine graded and studied Shotokan Karate and Self Defence under the top Shotokan Japanese Martial Arts Masters: Kanazawa Sensei,(Probably the best karate master alive today) Asano Sensei, Enoeda Sensei, Kato Sensei, Kawasoe Sensei, Kase Sensei, Ohta Sensei and K. Funakoshi, Sensei..
There is training for Beginners, Intermediate and Advanced students at SJK / BPK run by their daughter Sensei Christine.
Shihan David is the Enfield/North London SJK Karate Chief Instructor – 7th Dan Master of Karate (Teacher of Teachers) He is Qualified Referee and holds Dip. Sports Psychology from Newcastle College. Shihan David also holds a Black belt in Ju Jitsu ,Lilian was a 4th Dan Shotokan Karate Sensei (Teacher) but has now sadly passed away. Shihan Christine takes the gradings for SJK and runs Black Panther Karate for younger karate students.

Sensei Christine daughter of David & Lilian started karate with her parents at the age of 9 yrs. Christine also graded and studied Shotokan Karate and Self Defence under the top Shotokan Japanese Martial Arts Masters: Kanazawa Sensei, (Probably the best karate master alive today) Asano Sensei, Enoeda Sensei, Kato Sensei, Kawasoe Sensei, Kase Sensei, Ohta Sensei and K. Funakoshi, Sensei. Having gained her black belt as a teenager Christine taught for SJK until she had her own family. She then went on to open her own sister club BPK. Christine Sensei is a 6th Dan and runs both SJK & BPK

Zina…who teaches at our Enfield branch has been part of the SJK team for many years & is a great Instructor with an up to date DBS and is fully Insured.

Nick is another great long term student who was taught karate by SJK and is a 1st Dan Black Belt, he also helps teach at our Enfield branch.